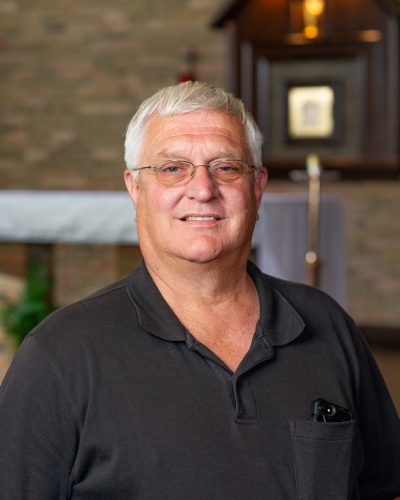 Deacon Greg was born on 9-5-52 to Lester and Corrine Bornhorst in New Bremen.  He attended New Bremen Schools, Brunnerdale Seminary, and then attended Wright State University and graduated in 1975.  Greg taught high school science for 30 years.  He received a post graduate degree at the University of Dayton, and then the Deaconate program in the Archdiocese of Cincinnati.  Greg was ordained as Deacon on October of 1998 at St. Peter’s Cathedral in Cincinnati by the Archbishop.  Greg married Cecilia Vagedes in 1972 and has four married children and eleven grandchildren.  He has been involved at Holy Redeemer Church throughout his entire life.