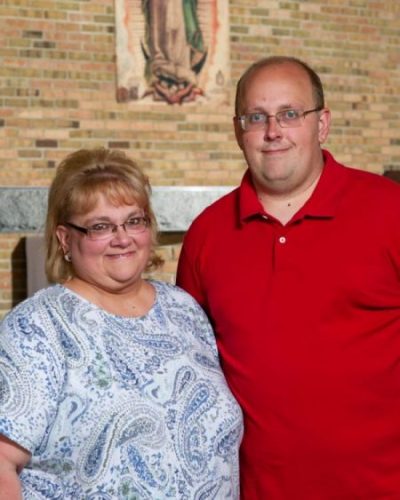 Judy was originally from Minster and joined the Holy Redeemer Parish with her husband in 1982, they divorced in 2003. She is a mother of two children, Eric, who works with her at church, and Paul. Judy started working at Holy Redeemer as Custodian in June 2001. Her son Eric is a leap year baby so he has a real birthday every four years, so now he’s really only eight years old, he always celebrates the last day of February.